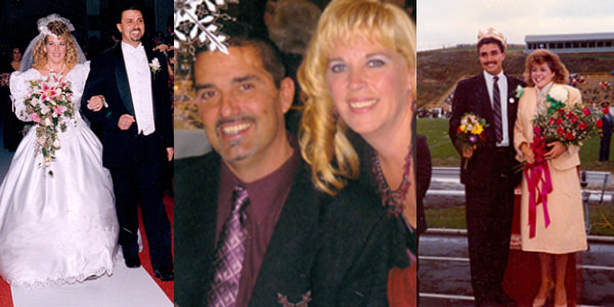 Paul “Kuz” Kuszaj passed away on February 19, 2012 at age 45, leaving a loving wife and two young children.  The story of his death is tragic, the story of his life, is remarkable.   Paul had a magnetic personality, and had a real gift for making those around him feel good.  He was deeply religious, loyal to his friends, and willing to stand up for what he felt was right.  He attended Slippery Rock University, graduating in 1988 and was a hard working student, maintaining high grades while being very active on campus.  He was a very popular student, evidenced by his being elected Homecoming King.  He was a loyal and trusted member of Sigma Pi fraternity where he was elected as an officer.  In summary he was a loyal friend to many, one that anyone was proud to call friend or “brother”.

After graduation, Paul began a teaching career, and after working at a few different districts he settled at Steel Valley, where he proved to be a significant presence in many young people lives, while once again earning the respect and admiration of his peers.

Paul married the love of his life, Janet, in 1999, and they had a son, Shane.  Just two years into their marriage, Paul was stricken with a brain hemorrhage and Janet was told he only had hours to live.  To everyone’s surprise, including his neurosurgeons, not only did Paul survive, but he went on to live a restricted, but full life for many years.  He never gave up, and pushed himself hard to relearn how to walk, talk and function as best he could.  His effort and attitude was truly inspiring.  Along the way, he had another son, Corey, and while he was unable to return to work, he spent his days with his family in West Mifflin.  With all that he had to deal with, he never felt sorry for himself, and he never gave up.   Tragically, 10 years after his brain hemorrhage, he was stricken with a bacterial infection and passed away suddenly.

A group of Paul’s friends and fraternity brothers have established a memorial scholarship in Paul’s memory so that hard working and diligent Education students like Paul can be rewarded.  For anyone interested in learning more about Paul, the link below is to a story written about Paul that ran in the Pittsburgh Post-Gazette at the time of his passing.
Continue Reading